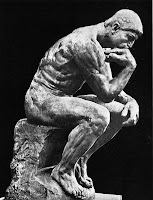 Okay, good. Now what if you could go back and make different decisions?
Hollywood likes to entertain us with the concept of seeing what life might have been like after a different set of decisions, or even just one decision.* Sure it all sounds good and was great in the movie, but we writers have the benefit of making the story turn out just the way we want it to.
When I was eight or nine, something happened that profoundly affected my life, even though I didn’t fully realize it at the time.
I was out playing with some friends, throwing rocks and sticks like boys love to do. With two hands, I struggled to pick up a large rock and tossed it down the hill toward my friends. As I was about to let go, I realized that it was going to be a close call: If I threw it with all my strength as I was about to do, I would likely hit one of my friends on the back of the head as he was leaning to pick up a rock of his own. Luck or providence was on my side that day: I held back as much as I could at the last second and the rock missed my friend’s head by what seemed like a fraction of an inch.
It was a fraction of a second.
A slight adjustment.
But what if it had hit him? How would my life be different than it is now? To work through this, I wrote Four Lives (http://t.co/OXkBeKe) which has three of the many possible outcomes I’ve pondered over the years.
But really, unless something really terrible happened to us in the past, how many of us would want the ability, and the responsibility, to go back and change decisions? Sure there are things that we might do differently or decisions we would change, or maybe not even make (which is a decision in and of itself); but without knowing how a change, even a seemingly insignificant one in our past, would impact where we are now, would we take the chance?
As I try to keep in mind, it’s the process and not the result that matters – life is messy. It’s not the destination, it’s the journey. So if you could change some past decisions in your life to possibly make it better, would you want to, knowing that you could lose some of the really good things in your life now?
On my worst days, when I’m feeling low and maybe regretting some past decision, I try not to focus on what I would change because that just makes me unhappy.
I try not to dwell on the past because it is something I cannot change; instead, I try to learn from it so that when similar circumstances come up in the future the past can help me.
All the best,
Steve
www.steveroth.net
* Two of my favorite movies that deal with this are Sliding Doors and It’s a Wonderful Life. If you think of other movies or books like this, please let me know.
Posted by Steve Roth at 11:38 AM